Those users affiliated to Ved International Education can discuss any things you want over here.

Payment Request Post Has been closed for this month.Those User who are not able to request the payment for this month please be passive and be active and request next month. If you have any problem then please PM me Prindra.
Find Us on Facebook
Ved International
Sponsor

User Who get the master Card

Assunta Spina is one of the masterpieces of Italian silent film, released in 1915. Outside Italy, it is sometimes known as Sangue Napolitano ("Neapolitan Blood").
The original novel from which the story was taken was written by Salvatore di Giacomo, and had been adapted to a successful theatre drama in 1909. Before Francesca Bertini became a famous actress, she would perform in this drama as a walk-on in the laundry scenes. 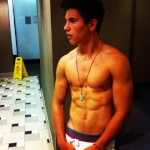 What kind of movie is it? I mean action, mystery. But sounds interesting giving it a try won't hurt. Thank you for sharing this film.

Assunta Spina is basically a love triangle story. Assunta is a young woman, who is married with Michele but also loved by Raffaele. Love, hatred and jealousy culminate in tragical consequences. As said before the story is very simple and the narrative is minimalistic. But the gestures and expressive behaviour is magnificent.

It sounds good though I haven't heard this film neither i have watched it . . Its kind of a new film to me. Well thank you so much for sharing that thread with us in this forum.